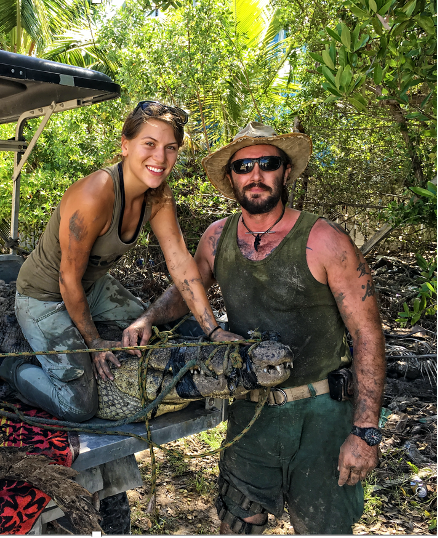 Together, Chris and Christina run the American Crocodile Education Sanctuary (ACES), named after the Belize region’s dominant species, Crocodylus Actus (American Crocodile). The non-profit organization is the only one in the earea with official government permits to handle and study crocodiles, tasked with protecting the endangered animals.

As the only animal rescue experts of any kind for miles and miles, increasingly they are finding themselves responding to calls about virtually anything wild that walks, flies or swims. What started with crocs is turning into something much bigger, and Chris and Christina need to somehow become experts about more than just crocodiles… Their makeshift backyard sanctuary, already too small for the number of crocs they care for, has turned into an overcrowded menagerie.

This documentary series will follow them over the course of a year as they look to expand their sanctuary that is increasingly proving to be too small for all the wild animals they encounter each day.

Created for television by David Ozier