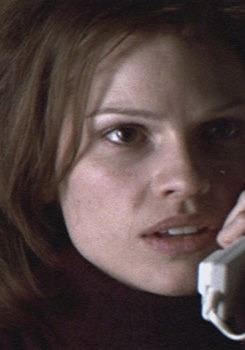 Ted is at the end of his rope. Just when he wants to escape all of his problems by finding solace in the silence and privacy of a movie theatre, fate is against him as he tries to park his car. A rather rude couple decide to steal his parking spot and this small and seemingly insignificant event pushes Ted over the edge. When he vandalizes their car, he performs a criminal act , a terrible thing he has never done before. His guilt is apparent. Yet when the police capture his actions on surveillance video, it looks like Ted has done a lot worse. Even Heather, his wife, does not know what to think. The Space Between contemplates the question of just how far a person will go to escape their reality once pushed to the limit. The space between morality and justice is a dark place.