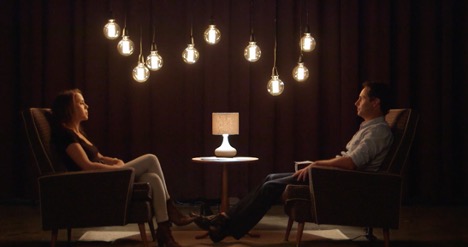 Humans crave in-person connection, yet almost 50% of our daily interaction is now via a screen. COVID-19 has made things even worse. About 3 billion people are in lockdown around the world as we speak, with daily screen-time shooting through the roof. In a global first, we attempt to reconnect the world in an authentic uplifting social experiment – grounded in hard science. The Love Experiment: a traveling lab that invites total strangers to bare their soul and experience real connection - whatever their backgrounds, beliefs and world views.

The Love Experiment series is based on a groundbreaking 1996 study led by Science psychology academic Dr Arthur Aron. This study is commonly referred to as the ‘36 Questions’ experiment. The powerful results: – Over the course of 45 minutes, these 36 questions significantly increase intimacy between strangers in the vast majority of cases. – The majority of participants from the original experiments back in the 90s rated their stranger “as close as the average relationship in their lives”. – One couple who did the first experiment in 1996 got married 6 months later. They’re still together. – Almost 20 years later, New York Times writer Mandy Lee Catron did the experiment herself with a platonic male friend in 2015 and they subsequently fell in love. They’re still together. Mandy has also delivered a TED talk since. Dr Aron has granted us his permission to feature this study in The Love Experiment.We believe this show offers a solution the world needs now more than ever. The proposal is simple. What if we stripped our participants of the apps, devices and screens – for one hour on one day – and plunged them into the science of human connection? Could Dr Aron’s experiment hold the key to building their muscle for authentic connection and maybe even finding The One? We discover the answer by inviting our selected bunch of ‘digitally naked’ singletons, in search of true love, to subject their willing hearts and minds to the famous ‘36 Questions’ experiment.